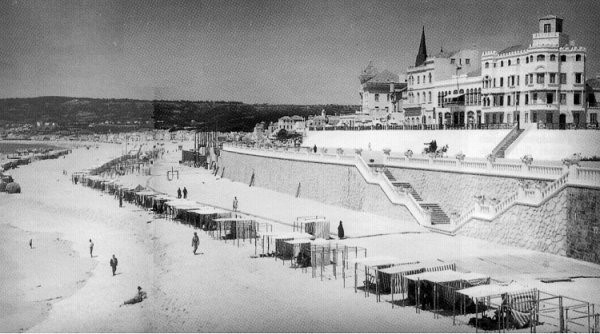 Under the skies of Figueira

You are still beautiful and welcoming as always!

And we, my dear reader, locals or not, continue in this arduous struggle that is not only ours, it is worldwide. We have to trust that better days will come and that we must continue to fight the pandemic, so no discouragement.

As Brazilian / Portuguese Benvindo Sequeira says, we leave no one behind … let’s keep it up.

There is no one who won’t be enchanted when they first visit Figueira da Foz, but soon the question comes: “why the name Figueira da Foz”. Locals usually say that there is a tale that explains the fact.

As is well known, a tale (unlike a myth) is the result of the mixture of human imagination with reality and facts; it is part of the cultural tradition of all peoples and The storyteller adds some flavor to the narrative. As the old (also) popular Brazilian saying goes: a tale never loses in the telling.

The mouth (Foz) of the Mondego River

– It is a legend about the mouth of the Mondego River, they say.

The Mondego River rises timidly in the Serra da Estrela in Portugal and, in a crescent, it swells, crosses three districts to end powerfully and beautifully in the Atlantic, in the Council of Figueira da Foz, district of Coimbra.

It is a unique show! But, where would there be a space for a fig tree near its mouth to literally justify the name of the Municipality of “Figueira da Foz”?

Ah … this makes me think of times gone by, Figueira.

Why was the town named Figueira da Foz – The Fig Tree of the River Mouth? Tales abound. The Port Authority of Figueira da Foz pronounces itself on the subject as follows:

“The origin of the name of the city of Figueira da Foz can be found in the tale that claims to come from a fig tree that existed on the Salmanha pier, where fishermen used to tie up their boats. According to Nelson Correia Borges, the name results from the overlap of several words with the same meaning. In other words, the fig tree would be «fagaria» (opening, boqueirão), mouth derives from the Latin «fauces» (mouth) and Mondego is composed of the pre-Roman «moud» (mouth) and «aec» (river). When pronouncing Figueira da Foz do Mondego, the word “mouth of the mouth of the mouth of the river” is thus repeated “(1)

In Summer Stories: Figueira da Foz, Paulo Simões Lopes reports: “Near the estuary, sediments flooded the river to the south and brought it closer to the north. In the middle, the island of Murraceira forces the Mondego to divide into two, coming together again ahead, at the entrance of the city of Figueira da Foz. Near the island, on the old pier of Salmanha, in the shades of a fig tree, firewood and carqueja would be traded for salt and fish. The name of the city shall have emerged from here, despite the academic explanation for the origin: it would come from ‘phage’ (opening) + ‘fauces’ (mouth). ” (2)

Murraceira Island in the channels of the Mondego River

Plunder of pirates and privateers and settlement

Paulo Simões Lopes continues: “The place has been occupied since long, but what was there to reveal the past was either looted or burned by pirates and corsairs, in the 16th and 17th centuries. Conquered with the help of the Knights of Santiago, in 1064, it is donated by D. Afonso Henriques to the Monastery of Santa Cruz, who took charge of populating it and receiving the rights of passage of boats that went up the river, perhaps even to Ereira, in the vicinity of the Santa Olaia islet, (…) (3)

“The origins of the occupation of the territory go back to Prehistory (emphasis added), however the Romans bequeathed marks of their presence (…)” (4) and, still “The strategic and privileged situation and the margins of the rich estuary of the Mondego River have led to the establishment of numerous civilizations (emphasis added) throughout history , in the lands that would constitute the municipality of Figueira da Foz ”(5)

Using the History of the Region, we have that: “Implanted on the right bank of the old Mondego estuary, a river that is currently about 1 km away, the Santa Olaia site was very probably, in Antiquity (emphasis added), a small islet. ”(6)

Occupation in the Iron Age

“The archaeological works carried out by Santos Rocha in the beginning of the 20th century, and those that took place in the 90s, revealed an intense occupation in the Iron Age (emphasis added).” having identified three distinct moments of this occupation. The site was also occupied during Roman and medieval times (emphasis added). ” (7) 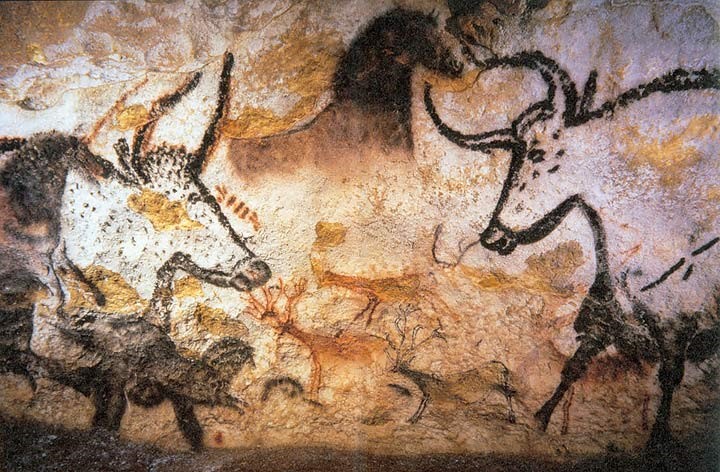 The notes we made above allow us to conclude that the origins (those historically known so far) of the settlements in the region of Figueira da Foz came from Prehistory and were maintained mainly by the strategic and privileged conditions of the Mondego River which has its mouth in Figueira da Foz .

Evidently, spoken and written language, utensils and other sources would be of great use for the knowledge of the history of the region and, why not say, of humanity, if they had been discovered and preserved.

As for the reasons that could justify the name “Figueira da Foz” caused by the existence of a fig tree, on the banks of the Mondego, under which fishermen traded in its shade, almost nothing is historically proven, but also, nothing can be denied.

It is true that Salmanha is there and, I don’t know how probable, but it does not seem impossible that in the place there may have been a pier with the leafy and welcoming fig tree that will justify the name of the region of “Figueira da Foz.”

To you, who follows me in this column, take care and until next time.

To the Health Professionals of the world, our eternal gratitude and respect.